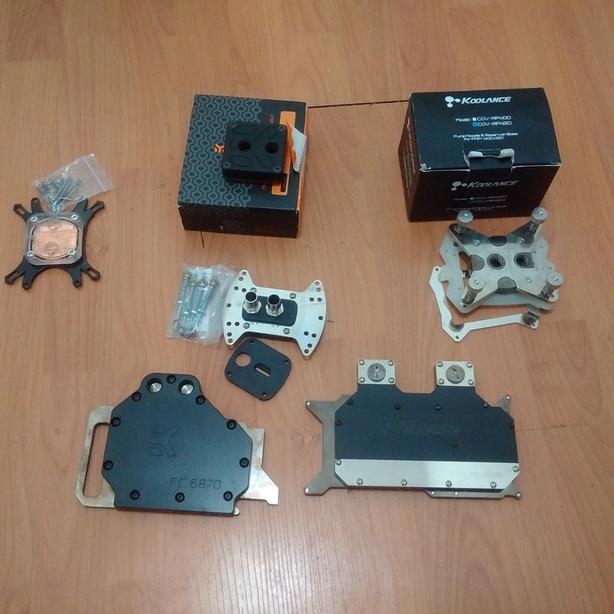 I have some extra water cooling blocks that I don't need any more. I did some maintenance and upgraded some parts. They are clean, no red dye was used (but you should clean them before installing them in your system anyways)

here is the list of what I am selling:

U.P.U./Local/Cash only/first come first serve, if the ad is up, than its still available.

Low ballers will be ignored, ( "no better deal"), if you are doing a water cooling setup, then you know how much these parts retail, if you don't want to spend the money, then water cooling isn't for you.