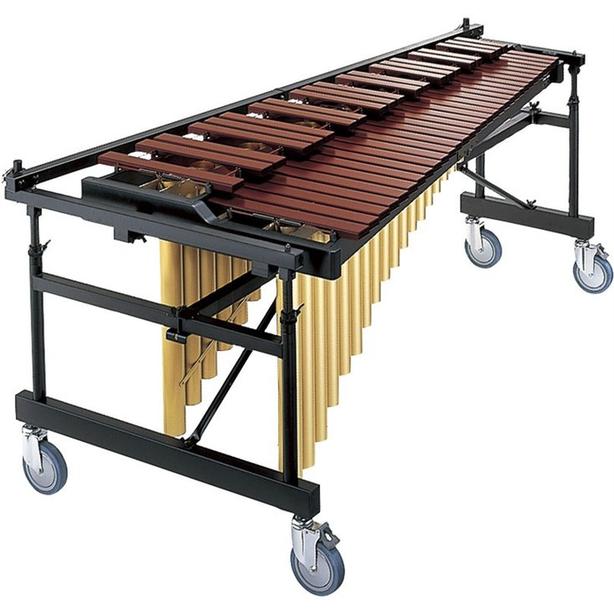 Beautiful 4.3 octave Yamaha marimba. Hydraulic height adjustable multi-perc stand + cover (the pic doesn't show the multiperc stand+marimba cover because I have to put the marimba back together before I can take a pic. This is a pic of the same type of marimba from the same store I bought it from)

I played a lot of marimba's before choosing this one. I can't lie, I'm a bit of a snob and still love a rosewood marimba. BUT, these synthetic bars, particularly Yamaha's, have gotten REALLY good. I picked this over rosewood for my personal marimba because I didn't want to worry about accidentally damaging it from it getting bumped into, or from large temperature changes. I also wanted the option to be able to play outside(not that I ever ended up doing that) These synthetic bars sound great AND are super tough.

The only reason I'm selling this is because I just haven't found as much time to play it as I had hoped. It is in perfect condition, same as when I got it from the store a few years ago. It's barely been played.

Really hoping I can find someone out there that can give this beautiful instrument more use than I could.

This is the link to the instrument at the store I bought it from.
https://www.tomleemusic.ca/154285

I may even be willing to include some mallets as I won't need them anymore.