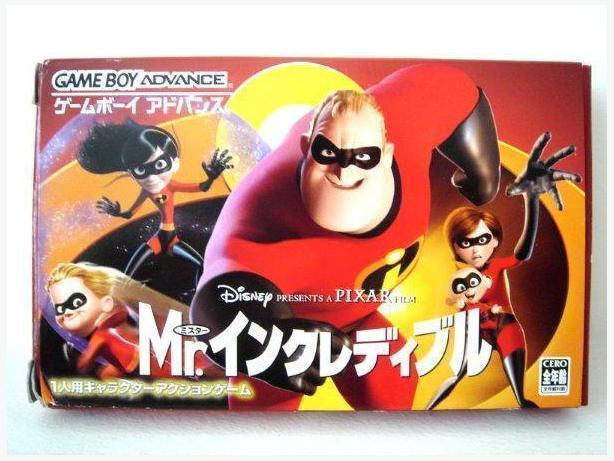 RATING:
CERO
Suitable for all ages


OVERVIEW:
This Game Boy Advance version of The Incredibles is a platform adventure that follows the plot of the Pixar film. The family of former superheroes is called back to action, as each of the five main characters is playable at some point in the game. As Mr. Incredible, players will rely on strength and durability to battle through, while ElastiGirl uses her powers to attack from a distance and reach remote areas. The kids each take their turns as well, in levels specifically designed to challenge their super abilities. Like the characters, the game's environments are based on locations featured in the movie, and are interactive to encourage creative play and puzzlesolving.