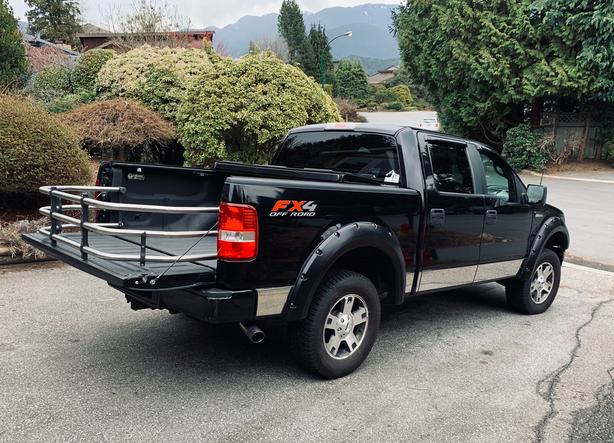 This truck has been a great rig and has treated me and the family very well. A new truck is on her way and it is time to send the F150 on to her next owner.

The previous owner did a few minor upgrades including a 2" leveling kit, Bullydog GT Tuner and off-road Nitto Trail Grappler tires with 20" wheels. I have the original wheels with winter tires (see photo) that are nearly new. Both are included.

The truck runs well and needs nothing. I recently had a new battery and alternator installed and a recent inspection showed no other outstanding maintenance issues.

Please note that early F150 5.4L engines had issues with cam phasers which was eliminated in 2007. These later model engines are known to run beyond 300,000 km.